Since its release a little over a year ago, Skyfall has been branded as an overtly sexist film. This criticism, ranging from reactionary feminist articles like “Backlot Bitch: The Trouble with James Bond and Skyfall,” and “Bond, Villain” to scholarly observations by women’s and gender studies academic Lisa Funnell, decries Skyfall’s representation of its three female characters: “1) Judi Dench’s ‘M’ dies, and is replaced by a man; 2) The young abuse victim is shagged by Bond and then killed for a joke; and 3) The pretty girl who manages to remain chaste despite Bond’s ‘charms’ is rewarded at the end with a job as his secretary.”

I was really surprised by these reviews. Not because I thought, “Duh-doy, it’s a James Bond movie, what did you expect?” – that’d just be a cop-out. I was surprised because I felt Skyfall was the least sexist 007 film to date. Granted, feminism has never interested me as an area of study, but I know Bond, and I feel that many of the changes done to the franchise since Daniel Craig‘s debut in Casino Royale (2006) convey a conscious attempt by the producers to appeal to women. So I’m going to try to defend a pro-gender equality message in 007 movies. Go figure.

What’s noticeably different about Craig’s James Bond? Ignoring obnoxious fanboys’ typical complaints of blonde hair and lack of gadgets, Bond doesn’t get laid nearly as often as he used to. In Sean Connery’s first three films, Bond slept with seven different women; Roger Moore and Pierce Brosnan both banged eight in their first three outings. Daniel Craig, in his three Bond films, counts just four. Notably, in Quantum of Solace (2008), and for the first time in the franchise’s history, he doesn’t have sex with the lead Bond Girl.

But Craig’s Bond isn’t focused on having frivolous sex. For instance, in Casino Royale, rather than sealing the deal with a villain’s girlfriend he leaves her with champagne and caviar for one and woman’s blue balls, or “blue bean” (never a lexical gap, Urban Dictionary). “Solange's slightly annoyed and sexually frustrated response . . . is anticlimatic (pun intended) because Bond does not meet the generic expectations of the film series by re-engaging sexually with Solange.”

In “ ‘I Know Where You Keep Your Gun’: Daniel Craig as the Bond-Bond Girl Hybrid in Casino Royale,” Funnell notes that “emphasis is placed on Daniel Craig's exposed muscular torso rather than his sexuality, libido, and conquest.” Indeed, by noticeably increasing the number of scenes with Craig’s muscular body (which is physically superior to previous Bonds) and featuring at least one such scene in each of his film’s trailers, the producers have made Craig’s tarps-off scene as much a 007 film staple as gratuitous sex scenes. Viewing Craig’s first beach scene in Casino Royale as homage to Ursula Andress’s infamous beach scene in Dr. No (1962) arguably illustrates Craig’s Bond surpassing of the Bond Girl as the most prominently sexualized character in today’s 007 films. While Brosnan’s Bond watched as Jinx (Halle Berry) made the same homage only four years earlier in Die Another Day (2002), Casino Royale has the gender roles reversed – this time it’s Bond strutting out of the ocean while a woman watches him from the beach.

Moving emphasis away from Bond’s sexual escapades to his own sex appeal softens the series’ womanizing while retaining Bond’s infamous sexual identity. Funnell mentions Linda Hutcheon’s theories of adaptation, that a fictional character’s fidelity to the original is moot. When it comes to changes like hair color, lack of gadgets, physique, and number of sexual partners, I couldn’t agree more. I have to question though, to what extent changes to a character can go before an interpretation ceases to be that character. An example for Bond is Jeffery Deaver’s 2012 novel, “Carte Blanche,” wherein Bond takes a co-worker on a date but decides not to sleep with her because she just went though a rough break-up: “He didn’t doubt that she was well on her way to recovery. But, he decided, it was better to wait. If Ophelia Maidenstone was a woman he might let into his life, she would continue to be so in a month or two.” My dear girl, there are some things that just aren’t done, such as drinking Dom Pérignon '53 above a temperature of 38 degrees Fahrenheit, and making James Bond a nice and sensitive guy to women. The Bond film producers knew this even in 1995, when after a six-year hiatus during which gender equality made monumental advancements, they decided, “not to alter Bond’s attitude towards women, but rather the attitude of the women around him.”

The changes made to these women also help defend Craig-era Bond films as intentionally less sexist than their predecessors. The Bond series is invaluable in that its fifty-year span acts as a timeline for how different eras portray women in film. In “Negotiating the Shifts in Feminism – The ‘Bad’ Girls of James Bond,” Funnell sees the series’ female villains as exemplary of “contemporaneous attitudes towards feminism.” Rossa Kleb, Fionna Volpe, Helga Brandt and Irma Bundt implicitly convey a punishment for the sexually liberated women of swinging-sixties; the disappearance of competent female villains through the 1970s and 1980s represents Hollywood’s historic feminist backlash and ignorance towards third-wave feminism; post feminism is embodied and demonized by the white, upper-class female antagonists of the Brosnan-era: Xenia Onnatop, Elektra King and Miranda Frost.

Although I agree with Funnell that the technical “Bond Girl” title be confined to just one woman per film, Funnell’s refusal to categorize Casino Royale’s Vesper Lynd as such because of her villainy is absurd. Instead I’d argue the producers are changing the role’s very definition – something the Craig-era films continue to do. As previously mentioned, Quantum of Solace’s Camille proves the lead Bond Girl no longer needs to sleep with 007, a historically essential requirement Bond Girls good and bad share. “Make love to a woman, and she starts to hear heavenly choirs singing. She repents, and turns to the side of right and virtue” – two actions Thunderball’s Fionna Volpe condemns, subsequently making her the film’s secondary Bond Girl, no longer apply.

The largest changes to women’s roles in the franchise are made in Skyfall, and its here I think feminist criticism is misguided. Eve Moneypenny is criticized for her incompetence at the film’s beginning. On the contrary, we now have a Moneypenny who has field training– a huge progression from the desk-bound flirts of past eras.  And she reasserts her field competence throughout the rest of the film. Her character is far more realistic than Brosnan-era’s almost childish attempts to always combine competence and intelligence with overtly sexualized Bond Girls (Denise Richards as nuclear physicist Dr. Christmas Jones?). Severine, Bond’s main sexual interest in Skyfall, has been criticized for lack of screen time and for the shower sex scene that occurs right after it’s revealed she is a victim of sex trade. I’m not going to defend Bond boldly taking How I Met Your Mother’s “The Naked-Man” to another level. Instead, I’d argue Skyfall’s genius is that its lead Bond Girl is not the main sexual interest at all, but is instead Judi Dench’s M. M is central to the film’s plot, her relationship with Bond is forefront, and Dench’s screen time is substantial, second only to Craig’s. Her final scene wherein she dies in a weeping Bond’s arms begs comparison to Vesper’s death scene in Casino Royale. Complaining about her being replaced by a male is superficial – M has been a man before. Take pride in the emphasis devoted to her character’s exit from the franchise. To deny that M is the lead Bond Girl of Skyfall is to be blind to changes the producers intentionally make to equate the gender roles of the franchise.

Bond crying, holding a dying M in his arms, harks back to Vesper’s death in Casino Royale, and supports the argument that M is Skyfall’s leading Bond Girl.

Finally, the 2011 short film James Bond Supports International Women’s Day proves that the 007 filmmakers intend to confront themes of gender equality through the 007 franchise. The short, produced by Barbara Broccoli (co-producer of the 007 series since 1995’s Goldeneye) and starring Daniel Craig as 007 and Judi Dench as M, was released to bring awareness to gender equality and International Women’s Day. Clearly the team behind the James Bond franchise is aware of its power and role regarding representation of women in film. Maybe instead of criticizing the actions of a fictional character, we should applaud the filmmakers who have taken one of pop culture's most famous womanizers and struck a balance between character fidelity and implicitly displaying progressive, gender equality-oriented changes. 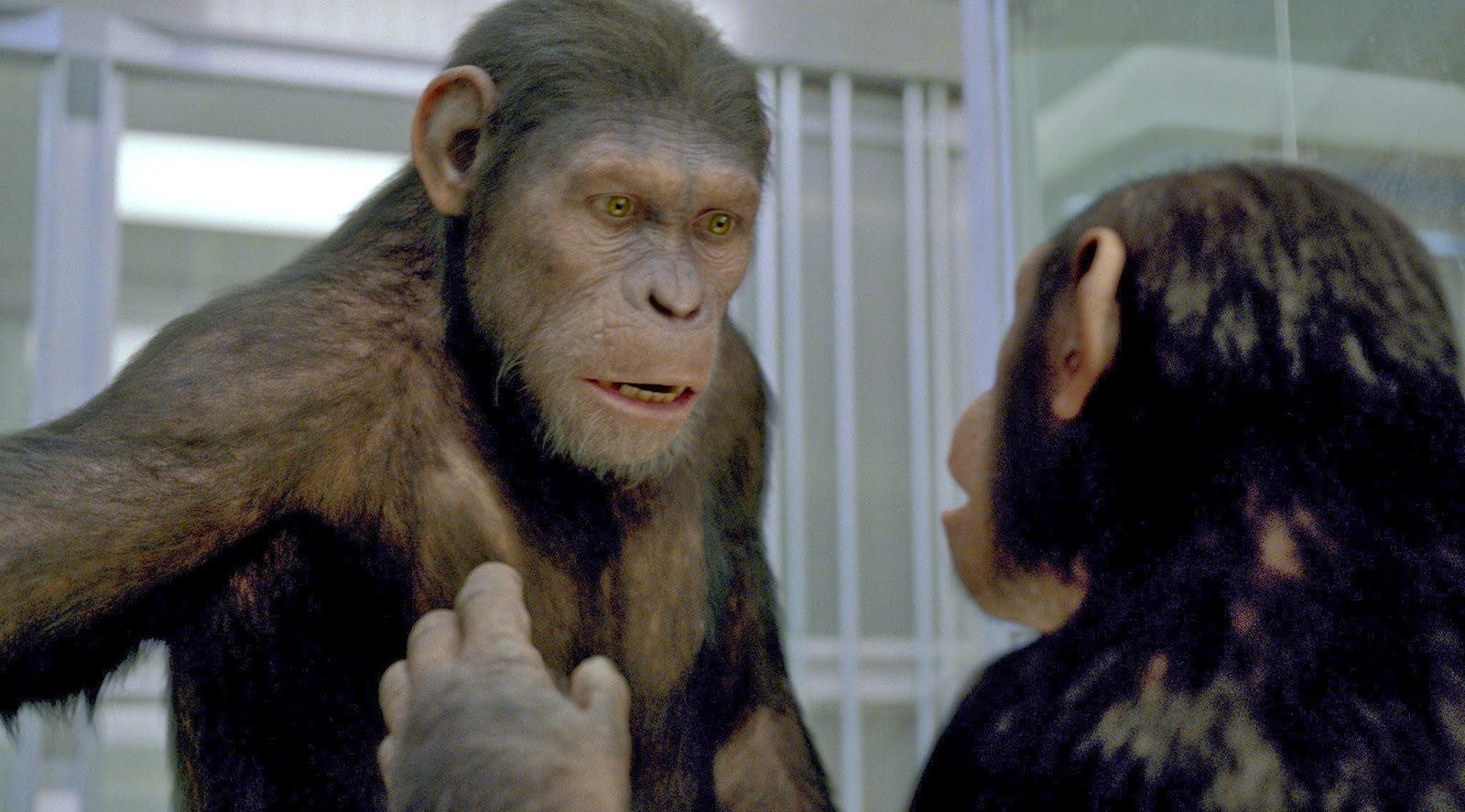 Evolution and Adaptation of "The Planet of the Apes" 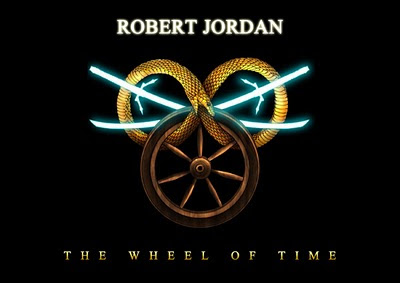 How to Read Robert Jordan's Wheel of Time series